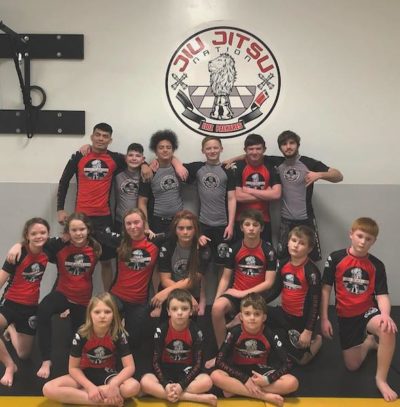 Now more than ever, screens have become a constant part of the landscape. Between phones, computers, and televisions, there is a non-stop source for capturing and keeping your child’s attention. With each new device comes a new hurdle to jump in, keeping kids from spending every waking hour plugged into the internet. One of the best and most creative ways to battle screen time is the practice of Jiu Jitsu. Not only does it keep your kids moving, but it also opens the door to an activity that will keep them engaged and hungry for more. And more time on the mat means less time in front of a screen.

Usually, the first question you get when it’s time to shut down the screens is, “What else am I supposed to do?” This can be tricky to answer because it’s hard to have an exciting alternative for the usual mind candy that is the internet. When Jiu Jitsu becomes part of the conversation, you’re almost guaranteed to at least get another question instead of complete dismissal. The usual activities like team sports and finding a hobby have become less appealing to kids who have grown up with screens. Providing an activity that is popular enough to spark curiosity but not a mainstream sport like football or baseball can be just the thing to get your child off the couch and moving.

The Mat Is All That

For kids that are used to the immediate reward of completing a level or beating a game, asking them to learn to throw or kick a ball can be like asking them to go to school. Resistance is natural for those that prefer the screen to sports. Through Jiu Jitsu, a child can still work towards new ranks and higher levels without depending on someone else’s skill to win. Jiu Jitsu is an individual practice that has the advantage of providing a supportive community. It’s the best of both worlds.

Distract From the Distraction

Screen time is a distraction, plain and simple. Screens have become the go-to for any downtime, which effectively eliminates the notion of true downtime. Having an activity that exhausts the body and mind keeps the need for distraction to a minimum. One hour of vigorous practice can leave a child feeling accomplished, confident, and, most importantly, ready for rest. A screen becomes much less appealing when energy has been spent doing something physically and mentally challenging. After being on the mat and exerting yourself, it’s hard to muster the will to scroll and click and engage with the digital world.

One Nation Jiu Jitsu in Smyrna wants to help you keep screen time in check with productive and challenging practices. Your child is one class away from seeing the benefits of turning off the screen and opening up to a new world of fun and challenges. Contact us to learn more about our martial arts programs and our community.